Java vs. Kotlin: Which is the Better Option for an Android App?

Java has been in the Android App market for years and is one of the most reputed platforms. But as time has passed by it has been difficult for Java to sustain its position in the market – it is used by millions of app developers and is one of the most used platforms after C and C++. But in 2017, Kotlin was announced as an official language for Android application development. Let’s understand more about these programs. 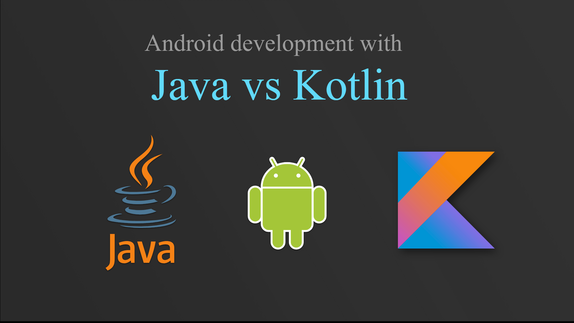 Image Reference: https://developerlife.com/2019/05/11/kotlin-vs-java/
What is Java?
​
Java is a programming language that has vast open-source tools and libraries to help developers. It is used by most large enterprises because of its flexibility and interoperability – and also because of it its simplicity, robustness and influential approach. Two of the major reasons why Android mobile apps are still being written in Java are because of its architectural OOP paradigm and the massiveness of the code.
Did you know?
Google’s Android operating system uses Java API packages.
​What is Kotlin?
​
A general purpose language, Kotlin is a statically typed programming language for Java Virtual Machine (JVM) and JavaScript. The goal of discovering this program was to increase its productivity and the coding experience in a way that’s practical and effective.

Java vs Kotlin
Java is a widely used programming language but it has its own drawbacks and hence, there is need for a more advanced program like Kotlin. Let’s take a look at how Kotlin can solve these issues:

​Write Less Code
Java requires you to write a lengthy code which means that there is a greater chance of a bug or error to occur, whereas, Kotlin is simple and uses developer friendly coding structures and rules that are not complicated to understand.
Let’s take a look at an example of the “Hello World” program in Java and Kotlin, respectively.

The code in Kotlin makes it easier for developers and helps them save time and cost.

Interoperability
A developer can write codes in Kotlin which works flawlessly with the existing Java code. The core purpose of Kotlin is interoperability – by emitting the Bytecode, it allows two languages to work together in the same project.

Pros and Cons of Kotlin

Pros and Cons of Java 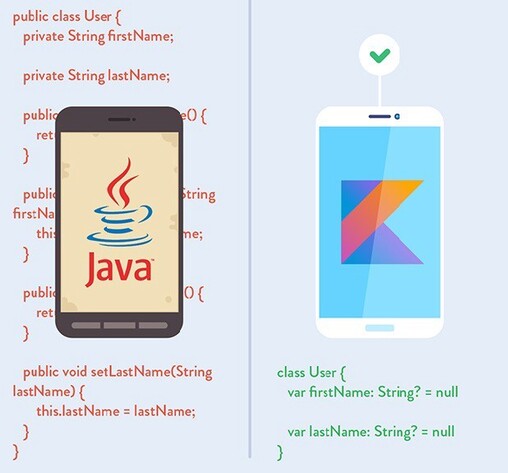 Image Reference: https://itnext.io/a-day-with-kotlin-5a55eba1965e
We can’t really compare both the languages because they both have an influence on each other. Quite a few Android developers have switched to Kotlin to enjoy the benefits it offers, but there are many Java developers who still prefer to code in a language that they are trained in. The main motive of Kotlin was to be able to become a multi-platform program to give it an innovative outlook.
Kotlin 1.3 has been released with improvements such as mobile scalability – it supports invaluable benefit of code reuse, saving both, time and effort, for more challenging tasks. More and more enterprises are switching to Kotlin, some of which are Pinterest, Twitter, Netflix, Uber, AirBnB, etc.
Kotlin is in all, a more stable and appropriate development option for an Android. It is lightweight and is far less verbose. Some developers believe that Kotlin will take over Java in Android app development, whereas a few believe that they will co-exist without weighing each other out.

If you are considering to take that big step and train your developers on Kotlin or if you are simply considering if the switch from Java to Kotlin is a wise option, you can contact the App Scoop mobile app developers or App Development team on: https://www.app-scoop.com/contact-us.html