​With the advent of technology and smart devices, the use of applications has been increasing continuously. The types of apps available in market range from social media apps such as Facebook, Instagram to gaming such as Candy Crush, Pool to local stores where the user can order groceries such as Grofers, Nature Basket. All these apps need to be built on a platform that is supported by these smart devices.
The most common topic of discussion among developers, “Which platform should a company choose to build their app on? Is it iOS or Android? 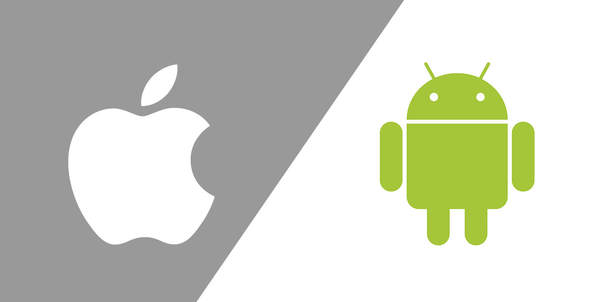 Well, to understand better, let’s take a look at both these platforms in detail with their pros and cons: 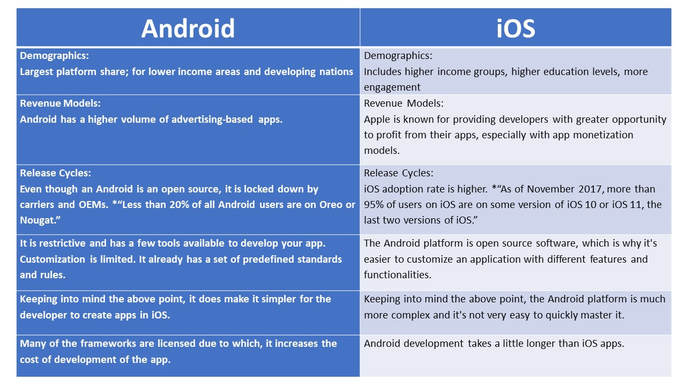 *Source: https://mixpanel.com/trends/#report/ios_11
​
Companies with good revenue resource can build both their platforms for their users. This makes more sense for large or global companies as they will have Android and iOS users. For mid-sized companies, it is necessary to choose one platform and then move on to the next one. You can maximize your audience on one platform and then roll out on the next platform to see a quick increase in your user base.

So, when do you choose iOS first?


When do you choose Android?

At the end, most apps will end up being on both platforms to maximize their user base. In today’s world of fragmented audiences, it is the most logical conclusion. This is where the developer should consider cross-platform app development tools. These tools allow you to develop two apps, Android and iOS, at the same time. They reduce time and cost for development.