Blockchain: A Step-by-Step Guide for Beginners

The Bitcoin fever has been spreading like wild fire throughout the world. Everyone wants to make some easy money by investing in this crypto currency. Bitcoin works on the blockchain technology. Blockchain was originally created to support the Bitcoin but soon the tech community has started using this technology for other purposes.
Blockchain is the brainchild of a person or a group of people known by the name of Satoshi Nakamoto. In 2017, the global blockchain technology market is predicted to reach 339.5 million U.S. dollars in size and is forecast to grow to 2.3 billion U.S. dollars by 2021.
​
Source: https://www.statista.com/statistics/647231/worldwide-blockchain-technology-market-size/ 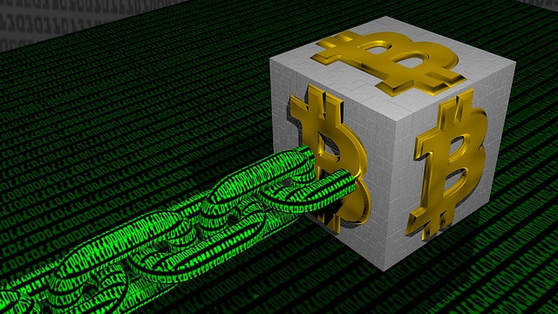 Don & Alex Tapscott, author of Blockchain Revolution (2016) stated, “The blockchain is an incorruptible digital ledger of economic transactions that can be programmed to record not just financial transactions but virtually everything of value.” To make this simple, let’s take a look at the three main components of blockchain; the blockchain itself, peer to peer networks and consensus mechanisms. Without these three components, this technology will not be able to render any technical functions.

Blockchain is basically structured data; it’s like a ledger file that keeps track of all the financial records. Let’s compare this to a book. The page numbers of the book are equivalent to the ‘blocks’ used in this technology. Just like pages, there are numbered and appear in a chronological order. For example, page number 86 comes between page number 85 and 87. Similarly, blocks have a timestamp. The blocks are added in a chronological order with the latest timestamp forming a chain of blocks.
Blockchain technology is considered to be a secure system because cryptology is used to ensure that nobody can intermingle with the timestamps or blocks. If somebody does so, there is digital evidence in the system. This makes it ideal for handling data structure and to keep track of records of anything that is valuable.
We’ll take an example of Bitcoin to showcase how the blockchain technology works when it comes to data management. When a transaction is made in Bitcoin, the block states ‘who’ sent the information to ‘whom’. The ledger stores the information of the person who owns the Bitcoin at any moment in time; this is called the current ‘state’ of the blockchain.
A transaction only takes place when it is included in a block and added to the chain. This sets a motion of documentation; once the block has been added that state of blockchain is updated which means that it gets stored in the ledger. Hence, if one needs to validate whether someone has actually made a transaction or not, the ledger has to be made publicly available. This is when the next component comes into place – peer-to-peer networks.

Role of Peer to Peer Networks 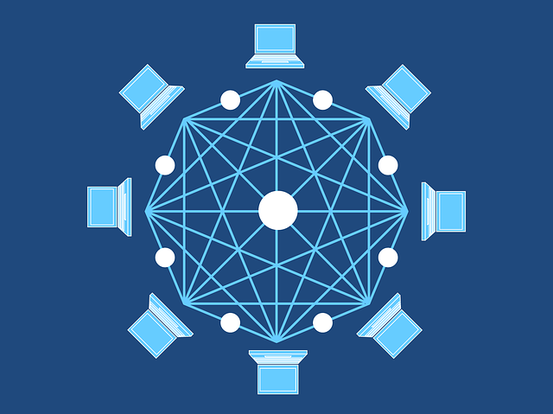 If you need to check whether someone has made a transaction to the address or wallet, you need to use a blockchain as a ledger for transactional data. This data is downloaded, synchronized and made available to a large number of computers worldwide. These computers are called nodes. To ensure that blockchain is secure and up-to-date, they work together in a peer-to-peer network. Every time a block is added, all the nodes are updated.
The advantages of peer-to-peer network are:

There are a few concerns though about checking the data on blockchain. These concerns are addressed by a consensus mechanism, which is the third component of the blockchain.

There are a few questions such as:

These questions can be answered, thanks to the cryptographic code that Nakamoto developed for Bitcoin. The consensus mechanism stirs magic: it allows nodes in peer-to-peer network to work together without having to know or trust each other.
Vitalik Buterin, founder of Ethereum, states, “The purpose of a consensus algorithm is to allow for the secure updating of a state according to some specific state transition rules, where the right to perform the state transitions is distributed among (…) users which are given the right to collectively perform transitions through an algorithm.”
Simply explained, this means that the consensus mechanism has a set of rules that makes sure that the network works as intended and stays in sync. The rules of this mechanism are based on how the blocks need to be added to the mechanism, which blocks are considered valid and how conflict of truth is resolved.  Let’s take a look at each rule in detail!

Adding blocks to the chain

Different blockchains add block to the consensus in different ways. Let’s take an example of Bitcoin’s Proof of Work (PoW). The first rule is to add a new block every ten minutes; this process is called mining. Nodes that add a block to the chain are miners; they use computational powers of their computer to solve a cryptographic puzzle. When the puzzle is solved, a block is added to the chain.

Once the miner solves the puzzle and mines the block, all nodes in the network check if the block is valid before adding it to the chain. For example, Tom received 1 Bitcoin which it sends later to Katherine. He then tries to send the same Bitcoin to Jack. As soon as Tom sends the Bitcoin to Katherine, the nodes update the blockchain to reflect that Tom doesn’t have any Bitcoin left. Hence, the block that was sent again to Jack would not be valid and will not be added to the chain of blocks.

How conflict of truths are resolved

Sometimes by mistake, two miners add a valid block to the chain at the same time. Imagine that a part of the nodes have accepted one block and another part has accepted the other block. Just like in the above example, one block was accepted for Katherine and the other included the transaction with Jack. The system will end up having two different states of the blockchain at the same time! This is called a fork. The blockchain was forked in two different chains; does Katherin or Jack have Bitcoin? The question remains, which of the two is the ‘true’ blockchain. It’s rather simple – the longest chain wins.
This is just a brief way to understand how distributed ledgers work.

This technology gives internet users the ability to create value and by authenticating digital information. Some of the benefits of using blockchain technology and their examples are as below:

Governance
Since, the peer-to-peer network has a transparent ledger; the company governance becomes fully transparent and verifiable when managing digital assets, equity or information.

File Storage
Decentralized storage of files on the internet has benefits. The distributed data on several servers make it very difficult for hackers to attack or files getting lost. The Inter Planetary File System (IPFS) makes it easy to conceptualize how a distributed web might operate.

Identity Management
The ability to identify your identity is a key factor went it comes to making any digital transaction. Distributed ledgers offer enhanced methods for proving who you are, along with the possibility to digitize personal documents.
“Netki is a startup that aspires to create an SSL standard for the blockchain. Having recently announced a $3.5 million seed round, Netki expects a product launch in early 2017.”
https://www.netki.com/
​
Anti-Money Laundering (AML) and Know Your Customer (KYC)
AML and KYC can be adapted into blockchain to analyze transactions. For example, Startup Polycoin can identify transactions as being suspicious are forwarded on to compliance officers. Another startup, Tradle is developing an application called Trust in Motion (TiM). It allows the users to take a snapshot of key documents and once verified by the bank, they can be stored cryptographically on the blockchain.
https://www.financemagnates.com/cryptocurrency/innovation/polycoin-launches-blockchain-based-compliance-aml-and-kyc-tools/

“The future of finance could be dominated by blockchain technologies. A traceable global currency complete with an efficient infrastructure will not only result in massive cost reduction for all market participants, it will change global banking.”
https://www.shapingtomorrow.com/home/alert/665529-Future-of–Blockchain

App-Scoop blockchain team can provide more details and guidance on how to build blockchain solution for your business.
Contact app-scoop team – https://www.app-scoop.com/contact-us.html