What according to you is an organization’s ultimate goal? In all fairness, we reckon the organization hopes to grow and bounds, touch the lives of millions and make a wholesome living out of its products. When we come to the technical aspect of it, going with today’s trend, the organization wishes to develop the best cross-platform app for their business, and with that, they envision incorporating a stable functional application to the marketplace. It goes without saying that the number of mobile users is increasing per second. This gives the company more mileage to reach to them. Currently, hybrid mobile app development has taken the driver’s seat because of what it brings to the table. Finding the best framework not only makes the developer’s life easy but when used in the right way it also aids in amplifying the company’s growth. In this article, we provide you with the best Hybrid Mobile App Development Frameworks that will add value to your business. 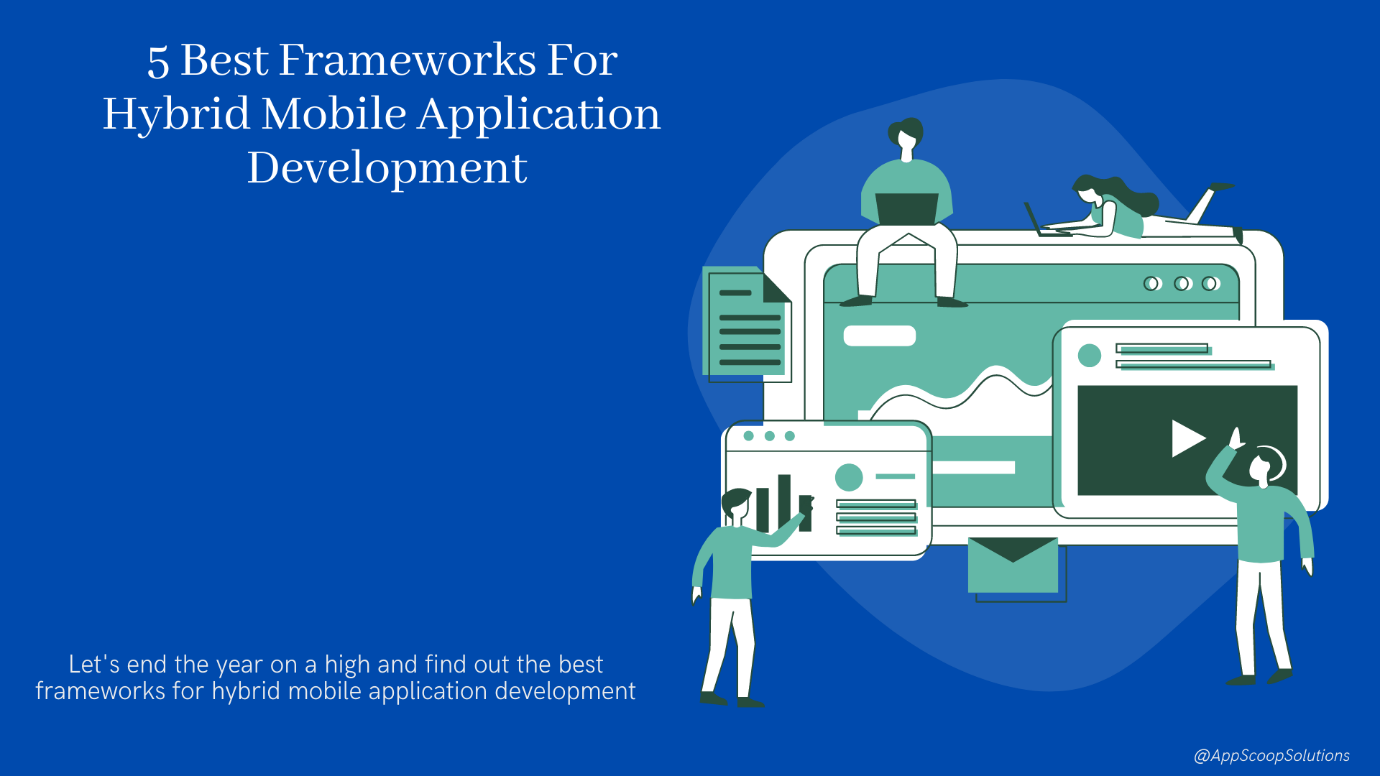 1. React Native
​
​Released by Facebook in 2015, React Native is one of the best hybrid application development frameworks. It combines the finest parts of native development of React and JavaScript libraries, making it a seamless cross-platform framework. Its native components like View, Text, and Images, comes in handy for the developers. And these components are mapped directly to the platform’s native UI building blocks. Some of the plus points of this framework are that it easily addresses the bug issues, it reuses code, compared to other frameworks it takes less time to develop the process. On the other hand, React isn’t advised to use while building apps with multiple screens. The cost of React Native app development can range from $25,000 to $2,50,000.

2. Ionic
​
​Founded in 2012 by developer and designer duo, Max Lynch and Ben Sperry, Ionic is an open-source mobile toolkit, that runs best when paired with AngularJS. Ionic comes with one codebase and is used for building cross-platform apps for any device. Incorporating Ionic will result in up to 60FPS scrolling on mobile and desktop, interactive goes down by 1.8 seconds, up to twice as faster as previous versions, and consistent 100 per cent Lighthouse PWA performance score. Its UI components are simple and declarative – and are written in HTML, CSS, and JavaScript. With a plethora of options available, one can choose from its rich library of over 120 native device plugins for accessing Camera, Geolocation, Bluetooth, and more, or dive into the full native SDK when you need it. Today, more than 5 million developers in over 200 countries around the world are using Ionic to power their app development.

3. Xamarin
​
Owned by Microsoft Corporation, Xamarin is touted as one of the smartest frameworks. It is an open-source framework and is used to develop hybrid apps for Andriod, iOS, and Windows. It builds the app using C# from backend code. As it also incorporates .NET, users can get their hands on a vast library and an endless ecosystem of features. To add to that, it enables users to author to curate their libraries on .NET. More than 1.4 million developers trust this framework. One of the striking drawbacks of Xamarin is that it is quite expensive compared to other frameworks. As per reports, Xamarin’s pricing comes in three variants: Business: $999/year (all the perks of Indie plus), Enterprise: $1899/year (all the perks of Business plus), and Indie $25/year.

Flutter is Google’s UI toolkit that is free and open-source. It comes with a single codebase and can build amazing, native, multi-platform applications. As per AppBrain, the total number of apps designed using Flutter is over 18,000 and with over 8 billion downloads, this mobile app SDK gives developers leverage to create top-notch and beautiful UIs with flexible designs. Staying abreast with the latest trends, Flutter has upped its game, and that relates their services for building 2D mobile apps. To deploy basic features of Flutter, the company has to bear somewhere between $26,000 to $34,800. And as per Cleveroad, Flutter enables the developers to use its full features from $41,500 to $55,000.

Launched in 2016, Quasar is an MIT licensed open-source Javascript framework built on Vue.js. It has increasingly gained fame because of its features and most importantly because it enables developers to create small yet amazing apps that require less coding and negligible dependence on third-party tools. Quasar’s motto is: write code once and simultaneously deploy it and comes with a tagline – beyond the framework. There are two pricing editions available for Quasar. The Community edition is free of charge and limits the capacity per node, could be developed anywhere, and comes with a few other perks. The Enterprise edition’s price will be provided by the company as per request. As per reports, its pricing starts at $1000 per feature.

Conclusion
In this article, we have provided you with an analysis of the best frameworks that can be used for hybrid mobile application development. These frameworks will not only suit your business needs but will also take your product to the next level. App-Scoop understands that deciding on choosing the top-notch framework for your system can be tricky and time consuming. Still, wondering as to which framework to use? Our diligent team will make this process easy for you. To know more, contact: https://www.app-scoop.com/contact-us.html