A Beginner’s Guide to the Internet of Things

​It’s been 20 years that the Internet has entered into our lives. In today’s date, we have more than 2 billion users accessing the internet through various technological equipment not only on desktops, laptops, smart phones and tablets but also through everyday devices such as cars, lights, TV, thermostats, etc. Most electrical devices are now attached and controlled via the internet. These devices are “things” in the term commonly used, “internet of things”. 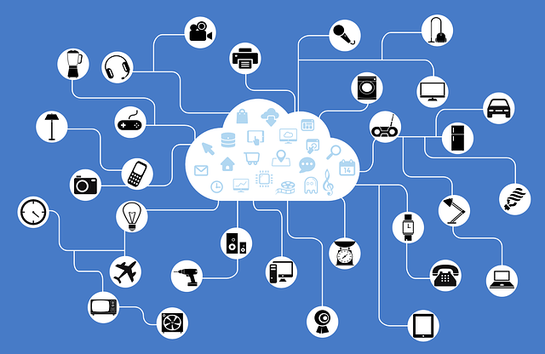 Origin and Meaning of Internet of Things

Kevin Ashton, digital innovation expert coined the term ‘Internet of Things’ or ‘IoT’ as, “If we had computers that knew everything there was to know about things—using data they gathered without any help from us—we would be able to track and count everything, and greatly reduce waste, loss and cost. We would know when things needed replacing, repairing or recalling, and whether they were fresh or past their best.”
​
Reference: https://www.smithsonianmag.com/innovation/kevin-ashton-describes-the-internet-of-things-180953749/

​The Oxford dictionary is has defined IoT as, “The interconnection via the Internet of computing devices embedded in everyday objects, enabling them to send and receive data.” The IoT is an umbrella term that covers ‘things’ such as sensors, communication technologies, applications, IoT gateways, etc.
Reference: https://en.oxforddictionaries.com/definition/internet_of_things
IoT is growing and will continue to grow in 2017 and beyond. Whether it reaches the lofty predictions of 50 billion connected devices by 2020 remains to be seen, but I strongly believe that businesses who learn to harness the data created by the Internet of Things are the ones who will survive and thrive in the future.
Reference: http://spectrum.ieee.org/tech-talk/telecom/internet/popular-internet-of-things-forecast-of-50-billion-devices-by-2020-is-outdated

The IoT has a unique IP (Internet Protocol) address is allocated to each end point or device. Hence, consumer devices such as fitness trackers are attached to things to make them IoT-enabled. To put in simple terms, the unique IP address of an endpoint allows it identify it via the Internet. It can retrieve and/or send data from/to it.

Let’s take a look of a few examples of IoT.

Do you fancy stepping into a cold room before you reach home? Or having hot water in the shower after a tiring meeting? Now, that’s possible with the tip of your fingertips. It’s easy to make a smart home and connect these technological equipments to an app that you can operate over the phone!
A smart home is the new way of living a luxurious life. It’s not as expensive but is very convenient for the end user. More and more people are converting their home into a smart home. It is said that 70% of people who purchased their first smart home device believe they are more likely to purchase more, according to a Smart Home Technology Survey.
https://www.coldwellbanker.com/press-release/2016-is-the-year-smart-home-technology-will-be-mainstream
​
Wearable Technology

Wearable technology is the tomorrow! People no longer want to carry bulky devices, the smaller the device the better. For instance, every mobile company is trying to build a lighter and smaller version of a cell phone with maximum functions.
Wearable technology that has swept the market includes FitBit watches, Apple watches, Wearable music devices, etc. As per research, it is said that there were 78.1 million wearables sold in 2015 and the market is expected to grow to 411 million by 2020.
http://expandedramblings.com/index.php/wearables-statistics/

“It is estimated that a staggering 82 percent of cars will be connected to the internet by 2021. App integration, navigation and diagnostic tools, and even self-driving cars will be ways the Internet of Things transforms the automobile industry.” Currently, the auto industry is investing heavily to determine the next IoT innovation.
http://www.businessinsider.com/internet-of-things-connected-smart-cars-2016-10

IoT devices such as cars, fitness devices, electrical devices, etc. have different sensors. These sensors can monitor movement, temperature, moisture levels and location even in the most complex environmental factors.
They make it possible to inject a broad range of data into applications as they are connected to the Internet. This is also possible because of their connectivity features, IP address and a wide range of fix and wireless communication networks.
The outcomes and goals is where the real value of IoT lies. It’s not about the sending and receiving of data only. The reasons that it makes a difference in lives of people are:

Use Cases for Consumer Internet of Things

A trending use case in the Consumer IoT is personal healthcare. Fitness trackers are very simple devices that helps keeps track of some health-related data and some activity-related data. These are then combined and shown within applications that enable you to improve your personal health, fitness and lifestyle, sometimes with group features.

A typical so-called cross-industry IoT use case is the tracking of goods, products, people and even pets. As we know, a tracking system sensor allows you to find and follow a person or an object that has the sensor in it.
Track and trace, leveraging IoT, however is also used in the industry, logistics and transportation, often with more complex devices that also provide info on environmental factors and the state of goods. These trackers can be used for something as simple as tracking the location or as complex as tracking a container of goods on a ship in the ocean.

Let’s understand predictive maintenance with the help of an example. Imagine a vendor of big industrial robots wants to know upfront which robots might needs maintenance. The cost a company faces when these robots break down is very high.
Here, IoT can intervene and predict which robots need to be maintained when and where. This reduces the cost and the customers of the robot manufacturer enjoy great benefits. This IoT requires far more complex systems, devices, networks and platforms to analyze and intervene.

With the advantages that the IoT technology offers, there are a few disadvantages attached.
IoT needs to work on the security features of the product to protect it from the hackers. In 2016, millions of devices were hacked and a lot of malfunctioning occurred in the infrastructure.
Users should also ensure that they have a backup and keep their devices secure.

This is just a start for the IoT industry. Business have started to now develop and expand the IoT technology in their products, services and operations will realize soon about the competitive advantage that they will have.