Why Mobile App Developers Need To Know About Blockchain

Bitcoin has been the latest topic of discussion between work colleagues, business meals and even amongst friends. This virtual currency has made millionaires. Some believe that Bitcoin is a bubble that’s about to burst; while others think that it’s going to magnify its presence and believe that in the near future each Bitcoin could cost around $60,000. Who wouldn’t want to invest in a market where the returns are phenomenal? Everyone wants a piece of this pie! 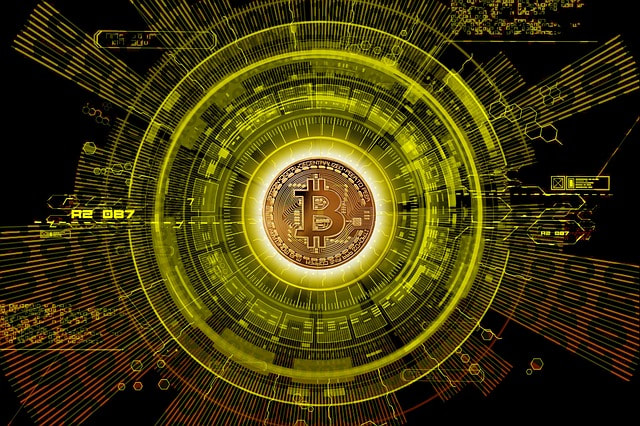 Like the old saying goes, “With great power comes great responsibility!” Here, the responsibility lies on the digital ledger that records the transactions in a decentralized database located in multiple places – also known as the blockchain. ​ What is a Blockchain?

The word blockchain literally means a chain made of blocks. A block is the permanent set of data that is recorded in a ledger. For example, Jack has made a certain monetary transaction with Rose. This information is encrypted and stored on every computer on the system. These blocks are stored in a chronological order and such a chain of records is called a blockchain. The order of these blocks is important as each block has to contain a link of the previous one. These links help to secure the whole data system, so if any one adds any block between two chronological boxes, it is impossible to do without getting noticed. In 2017, the global blockchain technology market is predicted to reach 339.5 million U.S. dollars in size and is forecast to grow to 2.3 billion U.S. dollars by 2021.
Source: https://www.statista.com/statistics/647231/worldwide-blockchain-technology-market-size/
But can a blockchain only be used for financial transactions? Well, the answer is no. Blockchain can be used in various different branches and it can be used in your app too!

​The key point to note here is that blockchain technology doesn’t need the support of a middleman or a third party to conduct transactions. One of its most vital features is that it is based on a peer to peer payment. This mechanism will ensure that blockchain can go really far in the app industry.
Global spending on blockchain solutions in 2018, according Stacey Soohoo, Research Manager, Customer Insights and Analysis at IDC, says, “The year 2018 will be a crucial stage for enterprises as they make a huge leap from proof-of-concept projects to full blockchain deployments. As a leader in blockchain innovation and integration, the US will continue to invest in blockchain throughout the forecast, spending heavily in financial services, manufacturing, and other industries.”
Source: https://enterprisersproject.com/article/2018/2/5-blockchain-statistics-cio-reality-check

An app based on blockchain technology can be used to make payments, transfer money, prove identity (in case of enterprise apps) and manage health care and property records.
Firstly, the developer needs to create the architecture for the app that is similar to bit coin. But note that the design will vary as per the requirements of the app.
Secondly, the developers should be aware that to develop the app with this technology can be a tricky situation. The developer needs to test and debug the software so that it can run on a single system.
Thirdly, the developers should know about heisenbug – a bug that changes computer operations behavior. Another types of bug is mandelbug – this one creates problems such as abstract behavior of computer, whereas, a bug called schrödinbugs could lead to the app displaying unexpected behavior during an unconventional use.

Identity Protection
When it comes to security, blockchain has trustworthy mechanism that can assign private key encryption to users and work on cryptography. As we know it is impossible to modify information while working on this decentralized public database.
Also, every data that is entered in blockchain becomes general knowledge with its track record of origin. Blockchain makes data transparent by giving all the parties a direct access to the reports.
Source: Tech Crunch

Infrastructure Protection
A major hack on the brand’s infrastructure can be removed by storing the DNS entries on blockchain. Hence, when the domain records are under the owner’s control it’s impossible for another individual or government to manipulate the entries.

Alternative to Passwords
As we know that the data is already protected by the infrastructure of blockchain technology, its distribution allows authentication of devices and users without the need of password protection. The network decentralization helps in creating consensus between parties for authentication through the blockchain-specific SSL certificates.

​Case Studies on the Usage of Blockchain Technology

IBM is launching a network in the early 2018 in Canada where the people’s identity will be verified using a mobile app. They are building a network using blockchain that verifies people’s identities when they use services such as opening new bank accounts or getting driver’s licenses.
Another company called Landmapp is developing a service and mobile app that uses blockchain to document land titles and land rights. This will help developing countries, especially Africa to reduce the cost for titles. ShelterZoom has also built a service and mobile app that focuses on streamlining real estate offers are made using blockchain technology.
Forbes states that “Only 1.2 billion people have access to a bank account with payment capabilities, while there are approximately 5 billion unique mobile phone subscribers.” A partnership between the blockchain mobile payment company TelCoin and telecom companies will allow people who only have mobile phones and no bank accounts to make secure mobile payments using mobile apps. TelCoin co-founder and CEO Claude Eguienta said that the app will “provide financial services to billions of people.”
Source: Forbes Link

This technology doesn’t only make it beneficial for the app developers but they also make the application secure for the customers. Also, one can add the element of confidentiality and develop the advanced peer-to-peer payment platforms with the help of distributed nature of the blockchain.
Now that the fundamentals are covered, the developers need to decide whether blockchain fits the specific needs. The blockchain technology definitely seems to have a bright future when in the tech industry.