Open Source is a technological magic-land where all organisations can contribute their work to collaborate or share with other companies. According to the 2018, Open Source Program Management Survey, approximately 53% of the people surveyed stated that their organisation has an open source software program or has plans to establish one within a year. 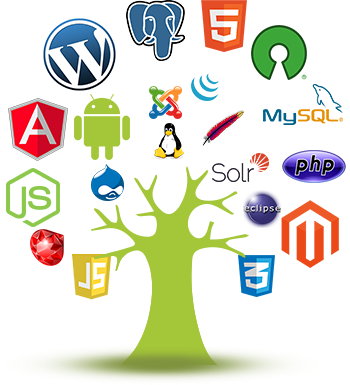 Commercials
Money is as an extrinsic motivator. During research, a few big projects had a significant number of contributors whose companies had paid them to work on open source. Signalling their talent to potential employers, they published their software free for all to inspect.
Free software was primarily an ideological statement at first, even if user control also had an important practical side; several researchers have found support for ideological motives in developer surveys.

Effective Communication
Another reason to contribute is effective communication. If the developers are working on an OSS, they are able to receive feedback, ask correct questions and collaborate with other developers constantly to solve issues faster and more efficiently.
Apart from this, effective communication also can help you learn new things that you didn’t know before. Constantly learning and adapting to changes will help you to revise or makes changes in your application while building it or in the long run.

Career Advantages and Peer Recognition
While contributing to the OSS, there has been significant empirical evidence that people’s career has taken a boost. Developing code and making it available for others to see and work with can open career avenues like never before. Big companies are always on the lookout for talented developers and what better place to showcase your talents than the OSS.
Also, one of the internalized extrinsic motivators is peer recognition. Your reputation among your peers can be a source of your own pride, but it also signals your talent to community insiders.

“Own-Use Value”
Another motivator is what researchers call “own-use value” but is more recognizably described as something like “scratch your own itch”. Here, the developer develops something for himself or herself, and in the process, creates something that is valuable to others. While doing that on the OSS, it increases their chances of getting a potential future opportunity.

OSS helps to make the technical world a better place by sharing their knowledge on a public platform. Even by fixing minor bug in a library or writing a piece of documentation, it helps other developers to maintain or write code. It also gives these coders a recognition among the community, and they also have personal development in terms of sharpening their programming skills.
If you are a newbie programmer with one year of programming education, contributing to an Open Source project can help you learn to program faster and give you more visibility as a developer.
Contact App-Scoop  for more information.