How Mobile Apps Can Benefit from Blockchain Technology

You could be working in any sector or industry or organization, everyone is talking about Blockchain technology. In the world of finance and financial technology, Blockchain apps are turnkey. But the technology has many other uses as well. These include banking and finance, insurance, fintech, jewellery business, healthcare, medical services, eLearning, travel industry, gaming, smart assets, online shopping portals, digital voting, digital identity management, distributed cloud storage, transport and logistics. 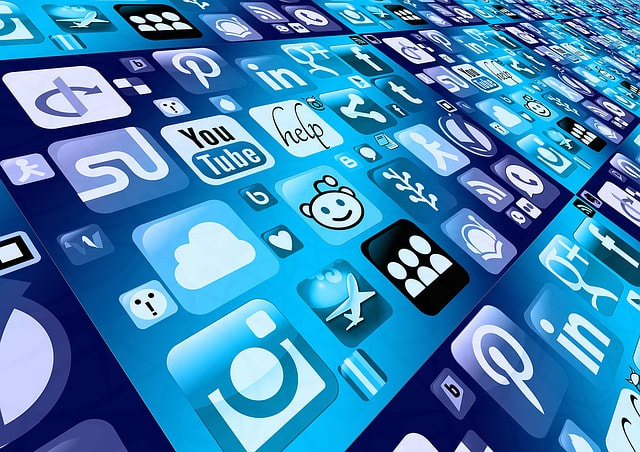 Developers that know Blockchain are most sought after, especially in financial organisations that are into developing new cryptocurrencies. “Blockchain developers ranked second among the top 20 fastest-growing job skills in 2017, showing a 200% growth from the second to third quarter of the year.  That demand continues to see rapid development in 2018 as technology changes because the Blockchain code is used in more and more applications.”
https://www.forbes.com/

​For the ones who are not too familiar with this upcoming technology of hashes, Blockchains and cryptocurrencies, let’s take an overview of the advantages it offers and if it is feasible for mobile apps to adopt this framework.

The first advantage that it has is that it tracks the transaction between parties like a ledger. Think of the whole set up as a digital ledger tracked by different parties. The interconnected nature between stakeholders every user has a unique digital signature and every transaction is verified and applied to the Blockchain.
Blockchains are immutable digital ledger systems implemented in a distributed fashion (i.e., without a central repository) and usually without a central authority. At its most basic level, they enable a community of users to record transactions in a ledger public to that community such that no transaction can be changed once published (NIST Blockchain Technology Overview Draft NISTIR8202, January 23, 2018)

The second advantage is that is offers total transparency of the transaction to see who sent what and when but without giving out any kind of personal information or leaking private data. The transparency of data also ensures that there are no false transactions that take place. Every node has a copy of the entire Blockchain which is verified by other nodes and because of this decentralised nature, no one entity can alter the transaction.

“Blockchain technologies make tracking and managing digital identities both secure and efficient, resulting in seamless sign-on and reduced fraud,” said Ameer Rosic, founder of Blocgeeks.
“Blockchain technology offers a solution to many digital identity issues, where identity can be uniquely authenticated in an irrefutable, immutable, and secure manner,” says Rosic. “Current methods use problematic password-based systems of shared secrets exchanged and stored on insecure systems. Blockchain-based authentication systems are based on irrefutable identity verification using digital signatures based on public key cryptography.”
With Blockchain identity authentication, “the only check performed is whether or not the transaction was signed by the correct private key. It is inferred that whoever has access to the private key is the owner and the exact identity of the owner is deemed irrelevant.”
https://ameerrosic.com/5-Blockchain-applications-that-will-transform-society-what-is-the-future-of-Blockchain/

Most of the things we buy aren’t made by a single entity, but by a chain of suppliers who sell their components to a company that assembles and markets the final product. The problem with this system is that if one of these components fails “the brand takes the brunt of the backlash,” says Phil Gomes of Edelman Digital.
By utilizing Blockchain technology Mr Gomes states, “a company could proactively provide digitally permanent, auditable records that show stakeholders the state of the product at each value-added step.”
https://www.edelman.com/post/Blockchain-technology/

This technology has brought about amazing opportunities for app developers to revolutionize the mobile app economy. As we know Blockchain protects the user’s anonymity during a transaction and protects the transaction too. Some of the apps that can be created include:

Eris
•    Big time free software
•    Allows the app to be created and run, secure, low-cost applications from anywhere
•    Features can be turned on and off
•    Helps to directly develop a group of a permission chain for the individuals.
•    Can analyse the complete action in a step by step manner

MultiChain
•    Helps companies design, implement, and operate Distributed ledgers instantly
•    Supervised with the support of permission
•    Deployment in this chain is instant
•    Bitcoin compatible and extendable


Conclusion
​
The advantages of Blockchain development are only brushing the surface as the world uncovers its capabilities. From quality assurance and smart contracts to the stock exchange and global transactions; mobile app development will continue to rise as startups use Blockchain technology to interact with customers from many different devices.
At the current moment, the Blockchain technology exists in dealing with cryptocurrency. New cryptocurrencies are being created almost every day and all of them utilize Blockchain in one form or another. Also, if your app depends on peer-to-peer currency transactions, it is best recommended to adopt Blockchain. It also helps you maintain records without them being altered.