​In the early days, mobile development was focussed on either creating a mobile website that adapted to different mobile devices or by creating a native application using the tools available on iOS or Android or other mobile options. In the earlier times, native apps used programs such as Objective C for iOS, Java for Android, or C# for Windows Phone. Now, hybrid apps are developed using web technology such as JavaScript, HTML5, and CSS for mobile websites.

Even though there are several factors that impact the cost of the app – the technology that the app is based on makes the most impact as it decides the:

Let’s take a look at the development costs for both, native and hybrid apps along with their advantages and disadvantages.
​
Native App Developments 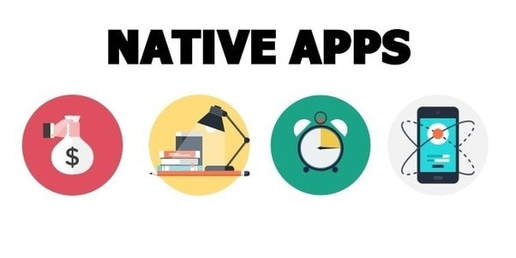 As of 2018, there are an estimated 6.5 million apps available for download in the world’s leading app stores.

Source: Statistica
Native apps are known for their speed and responsiveness which make them interactive, intuitive and offer a better overall user experience.
Native could get expensive while developing because you will need to use two platforms (iOS and Android) and use different codebases for both. But these are easier to maintain because you are not depending on a cross platform tool such as Xamarin or Cordova – this also means fewer bugs and less post maintenance cost. 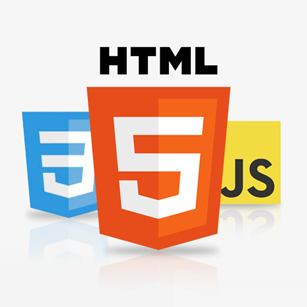 Hybrid app development can essentially do everything HTML5 does, except it also incorporates native app features. A wrapper acts as a bridge between platforms to access the native features. A hybrid app consists of two parts:

Developing only one app across all platforms makes it a cheaper option plus, you can roll it out in the market quicker. One of the issues you face is that you cannot customise the app and if you do then the cost of development becomes more expensive than a native app.
Hybrid apps are slower in comparison because they access the hardware through a bridge which could disappoint the user.

​Hybrid App Advantages
There are many appealing advantages to hybrid app development. You can target a huge number of potential users with one code base that is shared between your website and your app.
This also means most of the code can be written by web developers rather than dedicated mobile developers—which means this is often one of your cheapest options for developing an app.
Most of the tools necessary for hybrid development are also open source and free. Also, one shared code base means that your code is easier to maintain, and you can quickly prototype for many platforms at once.

Conclusion
While deciding which type of app you wish to make, you need to keep in mind your user base and their demands. There are upsides and downsides of developments costs for hybrid and native apps. Native apps are costlier for early development whereas, hybrid apps have more post maintenance cost. Here are different scenarios for building apps in hybrid or native:
Hybrid Apps:

If you need more information on native or hybrid applications, you can contact the App Scoop mobile app developers: https://www.app-scoop.com/contact-us.html