Apple Software – iOS 12- What to expect?

The new features on the iPhone are supported with the new iOS 12 software. iOS 12 is designed to make the iPhone and iPad experience even faster, more responsive and more delightful.
​
Performance

iOS has been enhanced for a faster and more responsive experience all around. Common features, like launching Camera and typing with the keyboard happen faster than ever. And there are even more significant improvements when multiple apps are being used together.

FaceTime now supports video calls with up to 32 people. This is a feature iPhone’s have been missing for a long time, and have lead to popular substitute app’s to be created.
Amongst businesses, Skype, Slack and Google Hangouts are used. For more casual conversations, apps like HouseParty have been created.
Now with the support for multi-person FaceTime conversation, these apps are at risk of becoming replaced.
Memoji allows users to create their own personalized characters, much like the popular app BitMoji.
There are new Animoji animals as well as support for more intricate face actions like winking.
iMessage now supports the quick use of features like Animoji, Memoji, stickers, snapshots from camera, and text effects. ​

With the new A12 bionic chips, Augmented Reality is going to be more popular than ever. Apple has been promoting their AR Kit for development purposes to produce more applications that iPhone users can benefit from. 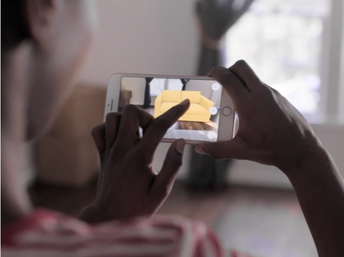 AR helps with the use of placing furniture to allow users to visualize how furniture looks in their house without actually purchasing it.

American Airlines has created an app that overlays real-time information on an iPhone surroundings at airport terminals using the camera. It helps users effortlessly find coffee, restrooms, restaurants, shops, and the departing gate.

Children can see a detailed breakdown of bodies, animals, and other objects to see how they look in three dimensions right in front of their eyes.
They can also model real life geographical models to explore new areas and see them as if they were standing right there.

The mobile gaming industry is growing at an extremely fast rate, and with improvements in the iPhone processor and iOS, playing with AR is now easier than ever. One major issue with AR has always been that the as take up a lot of battery percentage, however, with the development of ARKit2, apps are now more efficient and use phone energy more efficiently. Apple also allows AR games to be played in multiplayer, allowing two different devices to see the same view of the game from different perspectives.

With mobile assistants like Siri becoming more popular each day, it is important to keep them easy to use while also ensuring they perform complex tasks with simple commands. Apple has managed to achieve exactly this with the creation of the shortcuts application on iOS 12. Users can see suggested custom shortcuts such as “play my pop playlist on Spotify” or they can create completely custom ones such as “provide me with transit directions home”. The actions followed can be set by the user, and can span across multiple applications, allowing you to perform complex tasks like creating multiple calendar invites and messaging and emailing each participant. After the specific actions are set, a custom voice action can be recorded in the users voice, letting Siri know when to activate that action. This adds another layer of customization and personalization to the application.
This is a large step in the right direction for Apple as people want to be more mindful about how long they spend on their devices, and also enforce strict quotas when required.

As mobile devices have more functionality, the amount of time each person uses them will increase.
Parents and other adults are worried about how much time they or their children spend on these devices, as it takes away from other real-life experiences.
Apple has is trying to solve this with the release of Screen Time, where users can see detailed statistics of how long they can use an application.
There are also limits that can be set for specific applications of categories, allowing users to limit their usage of their device.

Conclusion
​
Apple’s new software update provides a variety of new updates to iPhone users. While some of the features like CoreML and improved performance may not be directly noticeable, features like screen time and shortcuts will definitely help iOS users. Developers are also more inclined to use these new technologies in apps as devices are now more optimized.